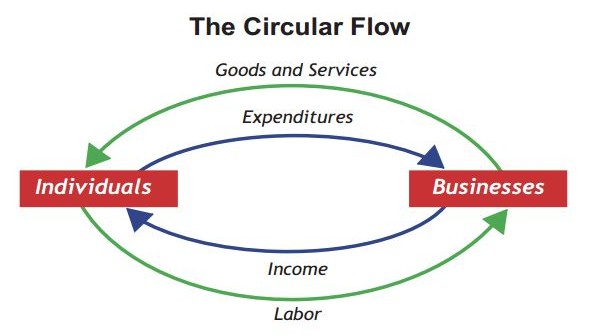 Much has been written about the Circular Economy in Europe over the past year, and I’ve come to appreciate the candor and conversation of Luc Bas, Director of the IUCN European Regional Office and his writing.

Below is a piece he wrote last month that speaks to the need for and the opportunity currently facing the European Commission to create a “more ambitious” plan to set the region on a path towards a genuine sustainable future.  A plan that focuses not just on waste and recycling, but, also production methods, design, re-use and product sharing, etc.

As Bas notes, we have no choice but to “close the loop”.

Why we need a genuine circular economy in Europe

One important aspect has so far been missing from the debate on the circular economy – and that’s the role played by natural capital, writes Luc Bas.

Luc Bas, Director of the Brussels office of the International Union for Conservation of Nature. [IUCN]

A world where nothing goes to waste. This is at the core of the ’circular economy’, in which the economy and the environment are mutually supportive; where our economic activities have no, or only a minor, impact on nature and where nature’s services are accounted for. As a result, biodiversity and ecosystems, which are the basis for human life, and thereby economic activity, become more optimally protected.

A circular economy decreases pressure on the earth’s natural resources, biodiversity and ecosystems, taking its cue from nature itself, which functions as a perfectly circular system. In Europe, legislation and incentives to move to a circular economy are needed. After the very contested withdrawal of the original package, focusing mainly on waste and recycling targets, the Commission promises a ‘more ambitious’ proposal before the end of 2015, which will be closely scrutinized by governments, businesses and NGOs alike.

The transformation of our economy will require a joint effort by consumers, producers, and stakeholders at all levels. As part of its public consultation, the European Commission held a conference on Thursday June 25th in Brussels to invite these stakeholders to discuss the elements of the new package. As Vice-President Timmermans noted “We are tackling the future of our society and the economy. Today all eyes are on Brussels”.

A circular economy makes sense. The Commission has estimated that it could bring the EU an improved trade balance of 120 billion EUR and create approximately 160,000 jobs. It encourages innovation and the resulting environmental benefits would provide indirect health benefits through improved air and water quality.

In Europe, we have no choice but to be more ambitious and “close the loop”. We import the majority of our resources and are a large consumer in the global context – the EU imports six times more materials and natural resources than it exports. While we have made some progress, extracting 40% more economic value for each tonne of raw materials compared to 30 years ago, we have also increased our consumption by 150% – our growth continues to surpass our efficiency gains.

According to the European Commission, the new legislative proposal will focus on more than just waste and recycling, which make up only a portion of the circle. This is an opportunity to tackle the underlying issue – our unsustainable consumption. This is why the scope must encompass the “whole circle” to include production methods, design, re-use, product sharing etc. I agree with Commissioner Vella when he said “Europe has a grand opportunity and must take it”.

But there is one important aspect missing from the debate so far: the role of natural capital in the circular economy. Valuating our natural capital and the flows of ecosystem services provides a strong economic driver to preserve nature, and to use nature-based solutions to address today’s societal challenges. By demanding less of nature, we allow our environment a break to do what it does best –delivering numerous ecosystem services that it provides to us at virtually no cost. The Charter of Rome on Natural and Cultural Capital, supported by all EU Member States in 2014, means that this should be reflected in the new package.

The new Commission proposals have the opportunity to set us on a path to a genuine sustainable future in Europe, thereby confirming our leadership and innovation potential. The responsibility will then lie with all stakeholders to pull together to make this vision a reality.