Favornomics – The Day the Word was Born

As a caveat, I have always thought the notion of someone “coining a term” was a funny, tricky thing.  In fact, I’ve read recent articles about people coining a term that I’ve actually used myself more than a decade ago. #truestory Now, I bring that up…not to imply anything or comment on those cases…but, simply to properly and most humbly set the tone for this post.

I’m not claiming to “coin a phrase” or anything like that here…a word just popped into my head one morning and I started using it.

The day was August 24, 2009 and random ideas were swirling around in my head since the evening before.  Somewhere between my morning coffee at Ninth Street Expresso, a short walk through the East Village to the #6 train, and six stops to GLG offices in midtown, a single word popped into my head.

Later that day, I had lunch with a very talented graphic designer, colleague/art/design-director at GLG and friend Christy-Claire (Cece) Katien and we went for a short walk to chat like we normally did.  We talked about the Happy Hour the night before and I told her “I think I made up a word.”

But, before I told her the word, I rambled-on about what I thought/believed the word might eventually come to mean. In doing so, I spoke of roles-based societies, the expansion of roles in a post-internet world, relationships, social network analysis and the strength of weak ties, the behavior of our waitress the night before and people’s seemingly newly-lowered barriers to doing more little things for more people – and the economic and human energy impacts of doing so.

I remember telling her that the word might sound weird…un-special…and to be perfectly honest…may not be unique or even original. I said that in my own humble, probably average-sized vocabulary – I thought it was a “new word”. But that just because I thought it was new, in that moment doesn’t necessarily make it so.

So with that as the backdrop, I’m extremely cautious and aware that just because something means anything to me…or is something that I think is neat, cool or interesting, doesn’t necessarily mean that anyone else will or should also. If it did…I’d probably have a different job.

In fact, to me, the word itself has always been the secondary, lesser-important part of the equation. What’s most important to me is the thinking behind what I believe the word could mean.  The word is simply a short-hand moniker…or rather a vessel that carries a specific idea or group of ideas for a way of thinking acting/behaving, and viewing various elements of the world.

Wait!? Are we still talking? Have we not yet gotten to the actual ‘word’, yet?

Apologies. Back to my walk with Cece.

After my rambling about what I thought the word could mean, and then…with all of the drum rolls, dramatic pauses and continued humble caveats that I could literally be standing there thinking that I have this new, original thing/idea that I “came-up-with” that actually wasn’t new or original at all – and with one more “are you ready?” I uttered the word.

It was the first time; I had said the word aloud, thinking that it was also the first time another human being anywhere in the world might also be hearing the word spoken as well.  And so, with the “Boom! There it is” hand gestures…as if I had just dropped a fat bomb of awesome-ness and blown up the very spot in which we were standing. I said to Cece, “Ok, now how do we know if the word really is original or not?”

I then thought about the proverbial “tree falling in a forest” conundrum of thought and wondered how do we find out if the tree actually fell in the forest?  Then I thought – “Let’s Google it.”  And just like the proverbial ‘tree falling in the forest’, if Google isn’t there to hear it, catalog it and present it back to the world, then it must not exist – or rather “have fallen”.  And so, for the purposes of our exploration, we decided to use Google as the arbiter of existence.  Forget the sounding of a tree…if it’s not on Google, it doesn’t exist 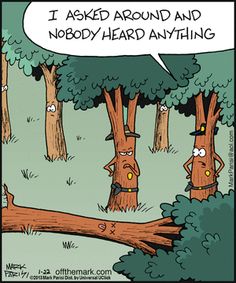 So, we pulled out our phones…typed in the word ‘favornomics’ into Google and hit Search with baited breathe. Search results = Nada.  Nothing came up.  Ok, now try it with a hyphen after the “r”…again = nothing. How about with the “our” (in favour) for our friends in Europe? Nothing.

Ok, now we were starting to get kinda pumped…and as Cece continued searching for permutations of the word “favornomics”, I pulled up my GoDaddy account and ran through the same search exercise…with similarly “Sweet!”  / “is available” results.

The day was August 24, 2009 – Day 1 and now here we are at favonomics.com, starting a new chapter in the journey.  It’s been a long 6 years of thinking, reading, writing ideas on bar napkins…jotting-down random thoughts in the margins of books…and overall just trying to be as discerning and critical as possible to really hone-in, simplify and discipline my thinking as to what I believed favornomics could be.

The journey of thought and my own understanding of the full compendium of what favornomics is and can be is certainly not complete.  I’m hoping this blog will be collaborative exchange with all of you to help with that endeavor.

So, for now…if you’d like to subscribe to or contribute to our newsletter and/or participate in an Advisory role, please email me directly at: eric@favornomics.com

Thank you for your time – here’s to the journey. 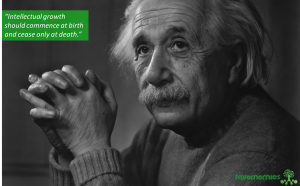