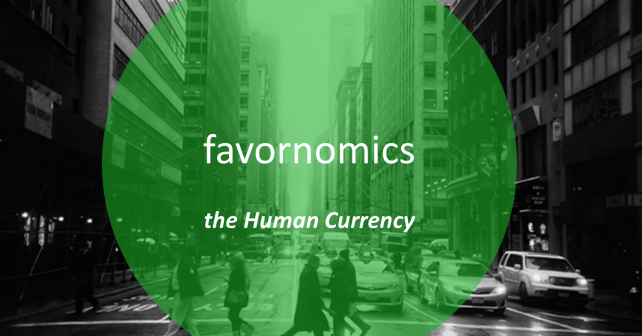 Well, depending on how you’ve come to the site, you may know of favornomics – in theory – as a scalable relationship mgmt system that enables people to develop deeper and more meaningful relationship connections with others, while at the same time reducing the human energy costs associated with maintaining those relationships. Or you may know of favornomics – in execution – as a private society of creators from around the world – all connecting and collaborating around the notion that respect and reciprocity among community, are key elements  to developing and maintaining disparate global relationships.

Or perhaps you’ve simply clicked “About Favornomics” to learn about favornomics as a general category of thought – spanning business, economics, culture, architecture, sociology and energy;  based around the simple premise that respect and reciprocity among community are key elements to developing and maintaining balance and harmony among its members – our most valuable of natural resources.

In this post, however in order to set the basic foundation for future posts, we’ll take a quick visit into the origin of favornomics – where it came from/how it was born, what it is now…and what we hope that it will be in the future.

Favornomics isn’t an original idea. While the word favornomics itself might be a unique, original moniker (more on that HERE) – the idea of favornomics as a ‘roles-based society built around a complex system of exchange’ is as old as humans themselves. It’s as old as hunter-gatherer societies, ancient gift economies, or barter communities.  Communities built on reciprocity and a shared understanding of effort and energy.  Communities that before they had a formal monetary currency system, its members had a shared understanding of the need for harmony and the balance of energy resources within themselves and their immediate communities and neighbors.  A roles-based system of balance and reciprocity that helped to govern the world they lived in.  Before there was a dollar, sweat-energy was the only currency that made sense.

So, the general notion of favornomics and the idea of roles-based communities connecting, collaborating and efficiently functioning around a shared understanding of reciprocity and human energy is not new, unique or original. What is new and exciting is how age-old concepts are explored, applied and expanded to fit our modern world.

We will be highlighting and exploring some of those here and looking at how modern-day applications of age-old concepts all fit together. How they are lending themselves to new ways of thinking and behaving.  And how we approach relationship(s) with ourselves and with other members of the community, which includes both people and ‘entities’ – i.e. companies, brands and local governments.

Concepts and applications, such as; the share economy, peer-to-peer economy, mesh economy, gift economies and collaborative consumption. And with favornomics, we will also be discussing and juxtaposing ideas such as the ‘circular economy’, zero-waste, perfect systems of production and virtuous / vicious circles.

Let’s take a quick moment now to pause and go back to where the notion of favornomics came from and how it was born.

Favornomics – the word itself was born on Aug. 24th, 2009.  It popped into my head the day after spending the evening before having some Happy Hour drinks on a crowded rooftop bar in Midtown Manhattan [name of bar withheld to protect server

]. It was a beautiful summer evening and the rooftop was particularly crowded, as would be expected. Our server was friendly and working hard to navigate the bustling crowd and insure that my party of six was fully hydrated and taken care of.

After a couple of hours or rather 2-3-ish drinks a piece, I decided to close out my tab and was faced with the small, yet delightful surprise decision of how much to tip on an $8 tab. Wait, what?!

That’s right. Our server only charged me $8 for no less than probably 10-12 drinks and at NYC prices, where even domestic beers are around $6 each – that’s a pretty good deal.

To give proper background, I didn’t know our server and hadn’t met her before that night.  And while a female colleague tried to jokingly suggest that it was a ‘soft holla’ – i.e. the server’s way of flirting with me, our normal customer/server banter was nothing out of the ordinary.  So I didn’t take the gesture as flirtatious.  In fact, I didn’t know what to make of it at all.

But what I did know was that simple, random gesture provided me one of the more latent, innocuous kernels of thought for the mosaic of ideas that were swirling around my “Beautiful Mind” back in 2008/09. 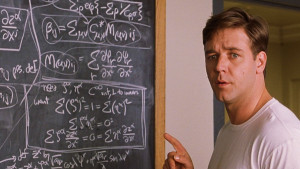 Now, I use that reference not as any type of self-proclamation of value or any remote ‘brilliance’ – in fact, quite the contrary…I use it to mean the immensely cluttered and potentially non-sense-ical musings that to me felt “kinda right”, like there was “something there” – but, perhaps not to some people.  Lots of tea-leaves swirling around my head/thoughts during that time, which I was not yet – candidly and admittedly, able to fully conceptualize and put into lucid words.

That being said, some of you may be wondering just how much I did actually leave our friendly server as a tip.  Before I give you that answer, let me share a quick story to help set the context.  Many years ago, before taking my first trip to Brazil, a friend told me of the cost-of-living and price differential between NYC and Brazil. Telling me essentially that I’d be able to get a beer for approximately $0.30 US cents…and that I could enjoy a full night of “going out” – meaning, dinner, drinks…and more drinks for around $30-40.00USD.

My reply and eventual modus operandi was that if I’m accustomed to spending no less than $100.00 USD on avg. for a similarly full night of going out in NYC, then instead of adjusting my budget-spend down – if I keep my costs the same (i.e. my ‘inputs’)…then my ‘good times’ (i.e. the “outputs”)  and the “value”, relative to costs, generated from those inputs will actually triple.  In other words, instead of reducing my inputs (cost/budget) because of the operating environment and socio-economic “position”/circumstances I found myself in – I simply kept them constant and thus increased my “output” (good times) by 300%.

So within that perhaps odd logic as background, I handed the server my card, told her to ‘run it’, and then signed the bill for $80.00, the very same amount that my mind “budgeted-for.”  Now, that definitely wasn’t my own ‘soft holla’ or way of flirting with her…it was simply me staying true to the feel and cost of the evening.  Actually, it was even more unambiguous than that because the costs of the drinks were predetermined and concrete. Entertaining six friends for a couple rounds of drinks on a fun rooftop bar on a beautiful summer evening in NYC – was definitely an $80 HH in value to me.

Keeping my inputs and cost-expectations constant, I didn’t look to renegotiate in the middle of the exchange simply because of a slight change in the circumstances. Call it my balance or harmony, I guess.

But, what about optimizing my ‘outputs’ and value? Well, I still had the same ‘good time’, but now perhaps also made some positive deposits in the karma category – even though I really hadn’t done anything special.

Whether or not that makes sense to anyone else, it did/does to me.

A complex, yet simplified marketplace of exchange, built on reciprocity and respect.  A marketplace whose members have a sense of harmony and balance and respect for themselves, and for the broader community.  In doing so, they also have an innate respect for the process and the exchange itself, such that the members limit any negotiations or re-negotiations of “value” based on any potential changes in the operating environment or any disparities in circumstances or “position”.  This can lead to an overall reduction in the human energy needed to initiate, manage, nurture and maintain those relationships.  We’ll expand more on the how in subsequent posts.

Now that we’ve talked a little bit about its origin [Full Born-on story HERE], let’s take a quick look at what favornomics is now.

As mentioned earlier, favornomics – in theory, is a scalable relationship mgmt system that enables people to develop deeper and more meaningful relationship connections with others, while at the same time reducing the human energy costs associated with maintaining those relationships.

What we mean by that, is that there are certain processes, practices, ‘systems’ and ways of doing things and interacting with people, places, businesses and brands that need to be re-examined using a different lens – namely, that of “human energy”.

In my humble opinion, people connecting and developing relationships through a favor – one person doing a single favor for another can help to improve the management dynamics of those relationships and lead to a reduction in the human energy once needed to do so.

That in a nutshell is the whole idea behind favornomics – its raison d’etre. Very simply put, yet a broad, interwoven set of motivations and behaviors, along with the architecture, processes, and eco-systems meant to help guide and understand them.

There are many facets of the favornomics conversation, which we will explore here.  We will conduct and facilitate relevant research and apply rigor to our analysis, in order to refine our thinking and the presentation of our theories.  So, please join us by contributing to the conversation and helping to pave the road in our journey. 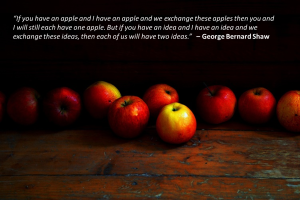 In practice/execution, favornomics is a private society of creators from around the world – all connecting and collaborating around the notion that respect and reciprocity among community, are key elements  to developing and maintaining disparate global relationships.

Here we will exercise our theories and put into practice some of the very same ideas that we discuss, such as: relationships, reciprocity, respect, collaboration, perfect systems of production, community/harmony, circular economics and human energy.

Put simply, we need to start testing, creating, codifying and institutionalizing commercial models of production and consumption that move our behaviors back towards a more efficient use of human energy vs. away from it.  We hope to prove through measuring the execution and impact of such behaviors, that doing so will have a positive effect on our human energy expenditures at the task/project-level, the individual/person-level and worldwide.

We have several live projects going on now and are always looking for contributors and thought-/creative-partners.  So, please go HERE if you’re interested in contributing to any of our current projects.

Lastly, we hope that favornomics will continue to evolve as an idea, a theory, a body of thought, and as a community in practice.  That others will collaborate with us by contributing their wisdom, their experiences and their thoughts to help us broaden and further reinforce our thinking.  And as favornomics evolves through its continued application, exploration and revision, we hope that it will expand its integration across business, economics, culture, sociology and energy.

In humble appreciation for your time. 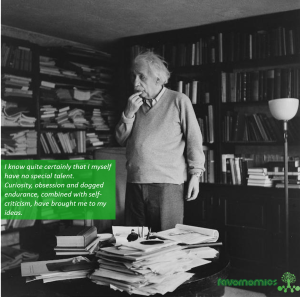